April's question was from Julie in Peckham. Julie asked:

I love running all distances. 5ks, 10ks, marathons. I even do the occasional shorter track race with my club. Is there an ideal way to structure my racing year? At the moment I just do what I fancy, but I was thinking maybe working on speed for a bit and doing some 5ks then gradually adding in more mileage and working up through focussing on 10k, then half marathons then finishing with a marathon. Or is doing it the other way round better? 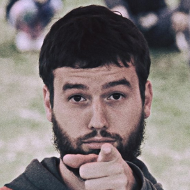 “Great question and yes, you're right that race and training structure is important.

You might want to be thinking over a six-month period, for example between April and October.

I'd advise on first getting your 5km and then 10km times down in the summer months while starting to introduce more longer runs. Then aim for a half marathon in September and a marathon in October.

Ideally you'll hit a great time for a distance and then be ready to step up to the next race.

Also remember conditions and your mentality towards them play a huge part.

Doing shorter distances in the summer is really enjoyable and then followed by half and marathon training means that by autumn when the temperature has dropped and you are ready to go for a marathon PB, you'll really notice the benefits.”

“Both the approaches you mention can work and what is best will vary depending on the athlete, how long they've been running, what their training has been like recently, their personal preferences and a whole host of other factors.

Starting with the longer distances means you'll have a large aerobic base on top of which you can "ice the cake" for shorter distances with shorter, harder sessions.

Starting with shorter distances means you have the opportunity to build mileage gradually and get in lots of race experience/practice for when you go longer.

There are a couple of things to bear in mind when making a decision:

Whichever you choose you should see better results with a more-structured approach. Good luck with it.”

April's member's answer is from Crispy in Manchester.

Crispy - lover of all distances

“Personally I like to get a spring marathon done, have a few weeks off and then do lots of 5ks and 10ks over the summer before hitting a few half marathons in the autumn. Then I'm usually thinking about marathon training for next Spring. So I suppose I am going from short to long.

I do think getting a few half marathons under the belt in the autumn gives me a lot of confidence and a good idea of what I'll be able to do for my next marathon.”