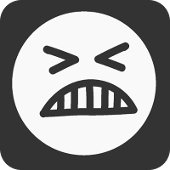 What every runner craves is some support and humour during their run. But who can provide such support and wit? Luckily there are hecklers everywhere.

We spent three days running around with a tape recorder stopping and asking hecklers why they said what they did. Here are our favourite responses.

We were lucky enough to meet Cedrick Pretzel, the first person ever to use this heckle!

"I was one of the lucky few to go to a special pre-screening of Forrest Gump. It's a thing that movie makers used to do to gauge audience reactions to various scenes and then they'd fine tune them afterwards based on feedback. The Internet means that it's not possible any more because people would give away the plot on message boards etc."

"Anyway, the movie was thoroughly enjoyable. Especially the bit where Forrest meets that famous person and is charming in his innocence and naïvety ."

"As I left the theatre in high spirits I noticed a guy jogging by on the other side of the road. Now, I don't know how it came to me, it just did. I shouted "Run, Forrest, Run!" You see, I took that line from the movie and applied it to a real life situation. He looked at me like I was crazy, but I laughed and I haven't stopped laughing since."

"Get your knees up!"

This gem of genius came from Brian Battenburg.

"I heard once I think that getting your knees up helps you run. When I shout it I'm sort of like pretending that I'm a running coach and I'm helping them. I'm sure people think it's funny. Most of them smile and wave anyway."

Polly "The Pomegranate" Peters shouted this from her car.

"Erm, to be honest this is completely out of character for me and it's the first time I've ever heckled anybody. I think I saw this on an episode of Seinfeld once. Or maybe it was Friends."

Called out by 14-year-old Liam in the park.

"Once I saw a runner and her shoe was actually untied. I didn't say anything though. Wouldn't have been funny."

This was shouted by Harold McVitie from his car.

"I was half way through the 200 yard journey from my house to the local store to pick up some Pringles to take back home and eat while watching TV and I saw this idiot running. It annoyed me, really. Just get in a car and drive. What's wrong with you?"

"Keep running, you'll get there in the end!"

This was grumbled by Pat as he leant on his garden gate with his beer belly poking out from underneath his striped t-shirt watching us go by.

This gentleman did not supply his name

"Why did I say it? I thought it'd be funny. Anyway, I've gotta get back home. I've got a bottle of cheap vodka to drink while watching Jerry Springer reruns"

Terry "The Sack" Satchel shouted this from his white van which amusingly had had "clean me" and "I wish my wife was this dirty" written with a finger into the dirt on the back door. He stared at us in a mentally-deficient fashion, threw a McDonald's wrapper from the window then sped off to tailgate the car in front, leaving us with:

Legend has it there was once a genuinely funny heckle*

* but the runner was wearing headphones so didn't hear it