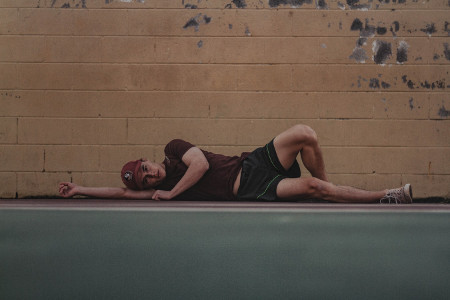 Whenever I start coaching a new runner I always ask them to give me a sample of what their training week looks like.

This sort of thing from a 10k runner I coached earlier this year is typical:

Now, some terms in there are subjective. For example, does "steady"' mean easy-paced, or is it something approaching marathon pace? And tempo has such a variety of definitions that it's almost become a useless term. This particular runner was using steady to mean "easy/conversational pace" and tempo to mean "roughly 10k pace".

What immediately stands out to me is a real lack of easy-paced running. In fact, Wednesday's run is the only true easy running in that week. Yes, the long run was done at an easier pace, but long runs become more demanding simply because they're longer, so although they will of course bring similar benefits to shorter easy runs, they are different in terms of overall effort and time needed for recovery..

Easy runs are an important part of training that bring several benefits. They help build endurance and resistance to injury, they promote increased vascularisation (meaning greater blood and oxygen supply to muscles), and they strengthen the heart muscle. And they do all of these without stressing the runner too much and requiring long recovery times.

Why do runners tend to run hard all the time? I think there are three main reasons:

It seems to be common sense. Surely working hard gets results? And surely the harder your work the greater the results? The "No pain, no gain" mentality is drummed into us. Of course, some hard training is needed to maximise performance, and coaches vary in exactly how much is ideal (and of course, all runners respond differently to different training regimens). But you will be hard-pressed to find a running coach who doesn't think that easy running brings benefits and that a distance runner's diet should include plenty.

Group, club and social runs lend themselves to harder running. Clubs could just take people on easy runs (and many clubs do this sort of thing), but many of them feel compelled to do something a little more interesting than just going out and running, and this usually means interval or hill training or harder runs.

Club group runs often suffer from slower runners struggling to keep up with the easy pace of faster runners. parkruns are definitely a run, not a race, so you can of course go and walk or run at whatever pace you fancy. But we all know it can be difficult to temper your pace. Add to this the fact that most runners feel the need to include a long run in the week, and the fact that you probably need a day or two off and that only leaves one or two days for easy running. Not much. 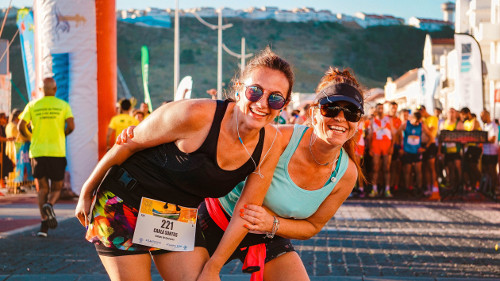 So, how can the problem be fixed? Here are a few suggestions:

If you really struggle to take things easier at a parkrun, then you could consider making it part of your long run. Running to the parkrun at a nice gentle pace, picking things up for the actual parkrun, and then taking it easy again on the way home works well for many people. This takes care of your long run, freeing up another day for rest or easy running without making you feel like you're missing out.

Long runs are great for aerobic development, endurance, resilience and a host of other reasons, but you don't need to do one every single week. In fact, you may find that by cutting a few miles off every other week you'll be able to go a little bit further on the other weeks.

This can be tough to do, since clubs are a great opportunity to socialise. However, it might be worthing swapping the odd session for an easier run. And you don't have to do it alone. See if there's a GoodGym in your area, and check out local RunTogether groups.

Lots of club sessions are organised around groups - sometimes just informally - and you often find yourself running with the same people. If possible, try teaming up with some slower runners occasionally.

If you're a keen parkrunner and can't bear to miss your Saturday morning fix, then consider jogging to and from and volunteering. Or perhaps pacing a friend would provide a nice change.

Another idea is to take an opportunity to get some friends running. Tell them you'll take them out and are happy to stick to their pace.


Now go on. Get out there and smash it take it easy.